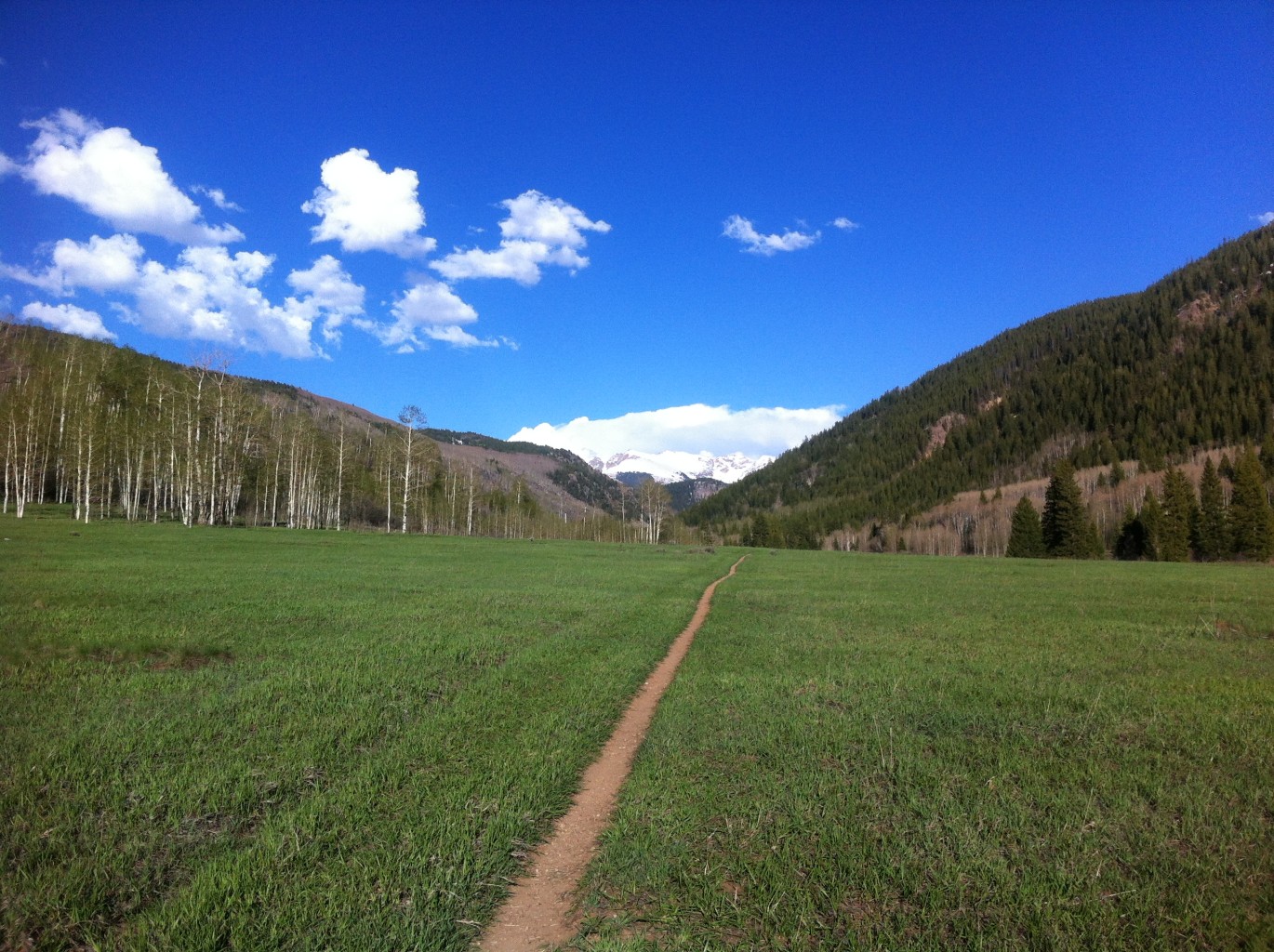 Upper Roaring Fork Trails Plan
This collaborative effort will create a plan for trails in the upper Roaring Fork Valley – an area stretching from Woody Creek upvalley to the high country above Aspen.   RFMBA prepared a detailed list of trail improvements, potential new trails, and mountain bike amenities for the first public comment meeting held Jan. 2014.  Stay tuned for more opportunities to comment as the much delayed first public draft of the plan is expected Spring 2015.
RFMBA_URFTP_TrailsPlan_Comments_1-30-14

Fat Tire Bike Riding Opportunities in the Roaring Fork Valley
Our guide to winter time fat tire riding is in development, and will continue to evolve.  Check it out, and send us an email with your favorite snowy fat tire ride that we’ve missed.
RFMBA_FatTireBiking_3-14-14
RFMBA submitted a proposal to the White River National Forest in October, 2014 to revise winter travel management rules that don’t allow wheeled vehicles to utilize groomed forest routes. While most riders are not aware, fat bikes are directly impacted by these rules.  Stay tuned, as we’ll be reporting on the details of this proposal soon.
Find a Feb. 2015 Update on Fat Bike Issues here.

Aspen Bike Park Proposal
A public meeting was held April 2014.  The City of Aspen is currently seeking an ideal location for the bike park so that further planning can occur.   More information soon!

Glassier Open Space Management Plan
RFMBA has represented mountain biker and recreation interests on the steering committee that worked to determine how the newly acquired Glassier Ranch & Saltonstall / Red Ridge Ranch open space parcels will be managed.   Focuses include using the valley floor portion for continued agriculture and utilizing the property to connect the Rio Grande Trail to The Crown BLM lands above.    A draft of the management plan is now available, with adoption expected before end of 2014.  The plan envisions a high quality machine built trail that will snake along the edge of the property’s red rock cliffs.  Trail design will take place during 2015, with construction expected in 2016.   The property is currently closed to the public.
Update on the final Plan, now adopted by Pitkin County Open Space & Trails Board.

Town of Snowmass Village Trails Master Plan
The TOSV Trails Committee is working  with TOSV Parks Rec. and Trails on a major update to the original 1988 Trails Master Plan.  This effort started in 2013, and will continue through this year while paying attention to the concurrent Upper Roaring Fork Trails Plan.  A first phase of improvements to the trail system’s signage is in the works for 2014/2015.

Lindsey Parcel Management Plan / Verena Mallory Trail / Holy Grail
The Lindsey Parcel is a recently acquired Open Space that may just hold the key to finding the holy grail for mountain bikers connecting Aspen to Hunter Creek.  The proposed Portal Trail (which would have eliminated the traditional pavement descent down Red Mountain Road) has been delayed indefinitely due to a surprising finding regarding the Verena Mallory Trail.  The Verena Mallory Parcel was gifted in part to the public by Fritz and Fabi Benedict more than 20 years ago.  While many (including RFMBA) believe that Fritz built the trail, the deed restriction on the land has been interpreted to say that the trail can’t remain.  While the trail’s imminent closure has been delayed until June 2015, City of Aspen and Pitkin County have been studying the surrounding area in hopes that the Holy Grail may yet be found. Stay tuned as we expect that the upcoming draft of the Upper Roaring Fork Trails Plan will address this complicated and critically important issue.

Snowmass Mountain Gravity Trails Expansion Proposal
The Aspen Skiing Company continues development of its lift served gravity trail system.  They proposed to realign the Vapor and Easy Rider trails, as well as create a new beginner downhill flow trail, and a skills development park at Elk Camp Meadows.  Here is RFMBA-IMBA’s joint letter in support of the proposal.
RFMBA-IMBA Snowmass Realigned MTB Trails Scoping Comments 11-27-13
Update, 10/2014: New beginner flow trail Verde is now in open!  Easy Rider is fully rerouted, and is more fun (and perhaps more advanced) than ever before.  Vapor Trail has some updates, adding more flow and generous turns in some of the steepest areas.  Valhalla has also been reworked with jump takeoffs and landings fully resurfaced in many cases.

Basalt POST Master Plan
This parks, open space, and trails plan sets priorities for future trails that will provide improved connections between downtown Basalt and surrounding public lands.  RFMBA advocated for specific connections to the Crown, Light Hill and Arbaney Kittle areas.  The October 2013 adoption of the Plan means we can start working on the details to make individual trail projects a reality.

Hunter Smuggler Cooperative Plan
This plan focuses on both habitat improvement projects and recreation trail improvement projects.  While the final decision on the plan’s Environmental Assessment has not yet been issued, we are hopeful that creation of the Hummingbird Traverse trail will be a 2014 project.  Through a multi-year implementation process, we intend to bring the (currently closed to bikes) Balcony Trail (or a similar but improved trail alignment on the south side of Smuggler Mt.) into the official trail network.  Below is our Trail System Priorities document and some of our proposed trail alignment maps.
RFMBA_Hunter Creek Trail System Priorities_9-26-13a
RFMBA_Hunter Creek_Suggested Trail Alignments_10-21-13
2014 Implementation Updates

Roaring Fork Gorge Management Plan
This plan consolidates future developments along multiple open space properties adjacent to the Rio Grande Trail between Stein Park and Jaffee Park.  While one focus is how to pave (or not pave) the only remaining soft surface segment of the RG Trail, other opportunities for valuable trail connections are also referenced.  The plan opens up the potential for future open space acquisitions that could be geared toward creation of an entry level network of singletrack trails.
RFMBA_RFGorgeManagementPlan_Comments_11-5-13

Hay Park Trails Planning Proposal
Following up on earlier comments to the WRNF-TMP, regarding decommissioning of routes that mountain bikers have been using for years, RFMBA has proposed a trails planning effort in the Hay Park area.  First phase will simply correct the official mapping of trails to align with the actual routes on the ground.  Re-opening these routes to mountain bike use through a collaborative planning process remains the primary goal.  While the WRNF’s limited resources continue to delay this effort, we are seeking ways to accelerate the process.
RFMBA – WRNF Hay Park Trails 1-15-13

Sutey Land Exchange
If approved, this federal land exchange will bring the lower Prince Creek area trails into public hands, and allow for development of a trail head parking area and additional singletrack to help keep bikes off the road.  Red Hill BLM area would also benefit by expanding it’s boundary to include the Sutey Ranch, likely allowing for a rideable connection all the way to County Rd. 112, just a mile away from the Fisher Creek BLM area. The exchange is currently being evaluated at the federal level, here is our letter in support of the proposed actions.
RFMBA Comments on EA for Sutey Ranch Land Exchange 5-23-13

Red Hill Council
The Red Hill Council works under a Memorandum of Understanding (MOU) with the Bureau of Land Management (BLM) to plan, manage, care for and maintain of the Red Hill Special Recreational Management Area (SRMA) in Carbondale, Colorado.  Red Hill is also known to locals as Mushroom Rock.

Carbondale Bike Park
Local advocates and the Town of Carbondale are working to improve the local dirt jumps into a full fledged bike park with pump track and multiple dirt jump lines.  Further funding for this project is required.
CarbondaleBikePark PartnershipOpportunity

White River National Forest – Travel Management Plan (WRNF-TMP)
The TMP closed or decommissioned many miles of routes in our region to mechanized use.  RFMBA analyzed the proposed closures and submitted comments regarding routes of high value to mountain bikers.  When the final TMP  was issued, we again submitted comments, this time to note which routes RFMBA would continue to work with WRNF staff to reopen to bike travel in the future.
RFMBA – Comments for WRNF DEIS TMP 1-5-09
RFMBA – Comments for WRNF TMP 6-10-11

Check out MTBproject.com for existing trails in our area. This collaborative trail guide website currently shows many, although not yet all, of the best rides in our valley. Post your rides, photos, and trail conditions today! More ways to help: Use the following PayPal link to make a One-Time or Monthly-Recurring (tax deductible) donation to RFMBA. You will be redirected to PayPal’s secure server to complete your transaction.